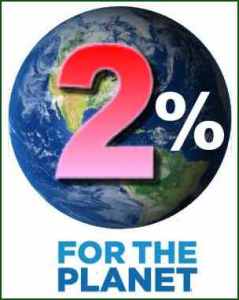 Connect, Collaborate and Change Our Future. We need your help to activate this Master Plan to Save the Planet.

Antonio Guterres, the UN Secretary-General, said that “the Arctic permafrost is melting decades earlier than in the worst scenarios,” threatening to unblock large quantities of the powerful methane from greenhouse gases.
This can accelerate the release of the immense submarine methane gas hydrate deposits in the Arctic Ocean bed and the global average temperature rise between 4º to 6º C and up to 12º C in both poles… No one knows exactly when or how the worst can happen.

WHAT IS IT ABOUT?

Global solutions to climate change are made up of local micro-solutions. For this, heterogeneous coalitions are necessary. 2% FOR THE PLANET is a global network of national multisectoral coalitions committed to supporting the climate goals of each country. We intend to connect cities, states, the private sector, investors, universities and civil society at the domestic level so that they can join efforts and wills to coordinate actions with their national governments to carry out effective actions of positive climate change.

Limiting the increase in the global average temperature to 1.5 ° C is within reach, but only if we take strong measures now at all levels of government and in all segments of society. The North Pole is thawing and when it is completely thawed in the summers, enormous deposits of underwater methane gas will start to be released causing the global average temperature to increase 6º and up to 12º C at both poles, causing global melting and irreversible flooding. all coastal cities. Business leaders, academic institutions, regional and local governments and civil society all have a vital role to play in fulfilling the Paris Agreement and in ensuring a secure future for climate for all.

Our actions in the immediate decades to come may involve the risk of a disruption of economic and social activity for the rest of this century and the next, on a scale similar to that of the Great Wars and the Great Depression due to Global Warming. This is the conclusion of the report of the economist Sir Nicholas Stern commissioned by the UK government and published on 30 October 2006.

Its main conclusions are that an investment equivalent to 1% of world GDP is needed to mitigate the effects of climate change and that if this investment is not made the world would be exposed to a recession that could reach 20% of global GDP. The report also suggests the imposition of ecotaxes to minimize socio-economic imbalances.

The United Nations Environment Program (UNEP) proposed to allocate 2% of the annual global GDP applied: 0.5% to sectors of natural capital (forests, agriculture, freshwater and fisheries); 1% to improve energy efficiency and the use of renewable energy (mainly applied to construction, industry and transport), and the remaining percentage to waste and public transport.

With 2% of the world’s GDP, 500 billion dollars per year can be used to end hunger, pandemics and alleviate extreme poverty worldwide. Also activate a plantation program of 30 billion trees per year to capture CO2 in the trunks and then bury them, returning to 350 ppm of this greenhouse gas free in the atmosphere and returning to global climate normalcy. It will also be possible to invest heavily in fusion reactors to replace the energy matrix by displacing thermoelectric plants that burn gas, oil and coal. And accelerate the manufacture of cars to hydrogen and electric.

To coordinate global tasks will require a Planetary Eco Government under the system of Global Direct Digital Democracy, advised by a Council of Sciences composed of scientists from five continents. The Global Positive Change will further expand planetary citizenship rights and impose English as a second international language.

WHERE WILL THE FUNDS GO?

In order to integrate 2% of world GDP, new taxes can be imposed or reallocated. $ 1 trillion is available in subsidies to the oil, coal, and gas sector on an annual basis. And the armies of the planet spend 2 trillion dollars per year. Having a planetary army would save 1 trillion.

The secondary objective is to combat drug trafficking, terrorism, trafficking in persons and organized corruption. All society will tend to stabilize to a new level of higher order on a new concept of greater equilibrium with Nature in a decontaminated planet with a human population tending towards stability.

A global system that consumes is incoherent: 2% of global GDP in military spending, another 5% in corruption, another 2% in money laundering, another 2% in smoking, another 2% in drug trafficking and another 2% in mobile telephony (15% of total GDP in superfluous expenses) … While refusing to contribute a fund of 2% to save the whole planet … The UN Environment Program (UNEP) advises allocate 2% for the green economy … what are we waiting for ?!

These organizations work to stop global warming, but they lack an effective plan. 2% FOR THE PLANET is the solution

VOTE ON THE MASTER PLAN TO SAVE THE PLANET

To start an Alliance for Climate Action in your country, email us.

This work is licensed under a Creative Commons Attribution 4.0 International License.

The United Nations was born in October 1945, shortly after the end of World War II. Technically, the UN replaced the League of Nations, which itself was created in 1920, fourteen months after the end of the First War. The idea in both cases was the same: maintaining world peace and prevent large-scale armed conflicts … END_OF_DOCUMENT_TOKEN_TO_BE_REPLACED

Deposits are releasing methane gas hydrates on the seabed of the Arctic Ocean. This gas is 30 times more efficient than CO2 to cause the greenhouse effect. If all the methane is released, the global average temperature increase 6th, at both poles would become 12th with two caps which would unfreeze and oceans would … END_OF_DOCUMENT_TOKEN_TO_BE_REPLACED 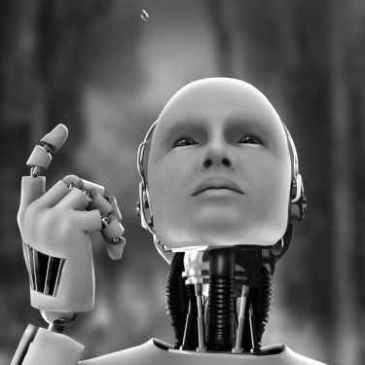 Robots replace labor and that will enable the Zero Option Selfishness FORCE LEVEL BETWEEN POPULATION AND ECOSYSTEM What is the number of inhabitants for all terrestrial ecosystems can usually be recycled for the next million years, using current technology based on oil? And the answer is not more than 100 million people. This is the … END_OF_DOCUMENT_TOKEN_TO_BE_REPLACED

According to Dr. James Hansen and 16 other scientists who endorse his paper, it is enough that the global average temperature increases by 1º C so that the melting of both poles accelerates and the oceans rise to 8 meters. This may happen in 2050 and not in 2100. Much earlier, perhaps in 2040 or 2030, when the water rises the first 20 to 30 centimeters the prices of real estate on the coast will collapse, because it will be evident that the Global Flood will be irreversible and soon the levels will rise from several meters, flooding everything ... Then the properties on the coast will be worth zero. And this will have repercussions on the global stock markets due to rebound effect, as this will affect the valuation of physical assets and also affect the value of world currencies ... No one is foreseeing and taking it seriously and with responsibility.