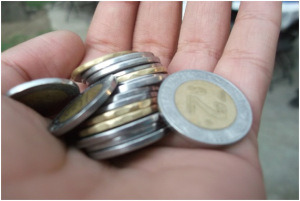 To Later this month 40,000 politicians, officials, activists, lobbyists and journalists from 195 nations will gather in the outskirts of Paris in a conference where they say, think changing the world. ”

In previous statements it appears that their goal is to reach an agreement and thus generate a treaty, committing to a massive reduction in emissions of greenhouse gases to prevent rising more than 2 degrees centigrade temperature land that is planned for 2030 and would be the highest since the weather began to heat two centuries.
Climate debt The vast majority of countries have argued from the outset that if the problem is the CO₂ emitted by humans, the fault of the “developed” nations that were rich before others, so burning fossil fuels indiscriminately to advance their own industrial revolutions.
After the disaster of Kyoto, which was a good deal until more nations committed to emissions refused to accede to it, and the resounding failure of Copenhagen in 2009, nothing has changed under the sun of this poor beleaguered planet.

It is assumed that with the idea that developing countries can “catch up”, who must make more drastic cuts are the “rich” pay the climate debt famous reluctantly some of those involved have recognized. The goal of emerging countries is making cuts in their emissions, provided that they are paid for it. The money would come from the so-called “Green Climate Fund” to be provided by those who created the problem and should be around 100 billion dollars a year (about 94 billion euros, cents or so).
Of the figure agreed for the famous background and should begin to be distributed in 2020, it has only been able to gather about 700 million dollars (just over 650 million euros) so still need to get more than 99% of the agreement .
The costs of cop21 The next Earth Summit, which has been called cop21 (with the worldwide craze so fashionable to put it all in short) was held in the city of Paris, capital of France, between days November 30 and December 11.
40,000 political lackeys and staying in two Parisian hotels of many stars, that because of the crowd, have not hesitated to raise their prices, so a night out around 1000 euros as the stay will be a minimum of 11 days / 10 nights, we have a spending of 400 million euros.
They also have to eat and offer dinners, lunches and breakfasts, in order to win converts to their cause and in Paria food is not cheap, so it is no exaggeration to calculate a daily expenditure of 500 euros (including beverages and snacks ), which multiplied by the number of people and days, it gives us 220 million euros.
The flights will be other costs to consider, and if it is not easy to do the math, making averages and knowing that these people flying first few exceptions and some will do in their private jets, well we can talk about 2000 euros per person round trip from their destinations to Paris, which gives us a figure of 80 million euros.
And of course, we must estimate the cost of rent of limousines whose drivers as everyone undoubtedly they will charge a premium to customers of this conference are generally quite flexible and bloated budgets. Shall we say around 800 euros per delegate per day? This gives us 320 million euros.
Finally, Paris is proud to offer a range of entertainment that the strictest countries will not use, because some delegates for their religious limitations do not go out at night or drink alcohol, but say that only 10% of those attending the conference to make some visit the nightspots of the City of Light and not spend less than 1,000 euros per night, 10 nights x 4000 x 1000 = 40 million.
There are other costs, such as hiring of conference facilities and others, but compared to other costs we have calculated, this will be a very low number, say about 10 million.
The total cost of the conference, by referring only and exclusively to the expenses of representatives and their delegations, amounting to 1.07 billion euros. And while this figure is elastic, most likely not to stretch and compress.
Additional costs Each of the items we have agreed to be necessary for the Summit is carried to fruition is generating ecological costs: aircraft, vehicle transportation, those of guards and escorts, which are deployed for monitoring all they emit a huge amount of greenhouse gases.
Never mind what the planet can cost thermal conditioning of the conference rooms, the food and beverage waste, hundreds of thousands of papers to be used in brochures, maps, invoices, report folders and a huge etc. (Though everything is recycled) and the generation of non-degradable garbage (bags, bottles and countless other etc.).
One final thought in a world where wars are handled remotely, purchases and sales are made by computer and communications are performed in real time from anywhere in the world will all this spending was necessary in euros, resources and pollution, so developed world?
Squander the money for these gentlemen to see their faces and spend 11 days enjoying Paris, it is more than gathered for the “Green Fund” today. And watched the history, the chances are that after many debates and discussions all remain mere declarations of intent and planning of the next Summit of the Earth.